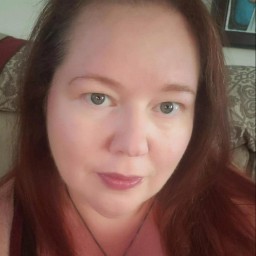 I recently traded my children’s old cloth diapers for some babysitting. An old friend needed a more economical way to diaper her adorable baby boy, and my kids didn’t need them any more. Seeing those cloth diapers again, however, brought a lot of memories back, and I thought I’d share some of my experiences with cloth diapers here.

Why We Chose Cloth Diapers

Initially, I wanted to use cloth diapers because cloth is more sustainable. Using cloth diapers would keep tons of dirty diapers from taking up space in a landfill. Then, my husband was laid off just weeks before our son was born.

A few math equations later, comparing the costs of cloth diapers to disposable diapers, and the decision was clear. We were using cloth diapers whether we wanted to or not.

Types and Brands of Cloth Diapers

Cloth diapers have come a long way from when I wore them about 40-ish years ago. Today’s cloth diapers are easier to use and easier to wash- no diaper service required.

The traditional, economical trifold, aka prefold, diapers, are still available, but that awful diaper pin has been replaced by the Snappy. Prefolds also need a diaper cover.

One of the most popular styles, and what we ultimately chose, is a pocket diaper, where absorbent inserts are stuffed into a pocket which is sewn into a waterproof shell. They often come in one-size styles, which use snaps to adjust the size of the diaper as the baby grows. FuzziBunz is an example of a one-size pocket diaper.

GroVia/GroBaby is a hybrid diaper, offering organic fabric next to baby’s skin, adjustable size snaps to grow with baby, and an easy, snap-in soaker pad. So, instead of a pocket that needed to be stuffed I could simply change out the soaker pad as it was soiled, and keep reusing the clean, waterproof shells. I loved these when my kids were very young. Unfortunately, the diaper seemed to run just a little too small for my extra-long/tall kiddos as they grew.

I ended up with a collection of mostly FuzziBunz and Smarti Pants, another one-size pocket diaper. The FuzziBunz was a better price, but the Smarti Pants fit my son better, and are made in the USA.

Do Cloth Diapers Really Save Money?

If we had purchased disposable diapers through a local wholesale club, we would have spent approximately $50 per month on diapers. Far less than retail, but still high for an expense that would continue until potty training.

Guess what- my son wanted nothing to do with potty training until he was four years old!

If I had been paying for disposables, that would have cost me $2,400 just for him to pee and poo in paper. Instead, I spent between about $500 on cloth diapers and a couple of accessories.

When our daughter was born, we were able to use the same diapers we had used for our son. He graduated up to cloth training pants. Between the two children, we could have spent upwards of $5,000 on disposable diapers, plus more for training pants/overnight pants. Instead, we saved $4,500.

When my daughter is out of training pants, I’ll calculate that savings too.

If you have a really inefficient washing machine, or if you were using a coin-operated machine, laundry and water costs would go up. We had an old machine, and there wasn’t the cash for a new one. I bought a Wonderwash instead. This is a hand-cranked device that uses the pressure of hot water inside it’s chamber to clean clothing. Low sudsing soap is a must with these gizmos, and 90% of the time, I used only a 50/50 mix of baking soda and borax.

If you read the reviews on Amazon.com, people either really love this nonelectrical appliance or they hate it. I happen to love it, especially for cloth diapers. The biggest complaint I see from others is that it’s plastic and that some of the parts are not sturdy. I agree that the base and crank were not designed to take a lot of heavy beatings. I’ve been easy with it, and it’s worked just fine.

The Wonderwash is perfect for small loads (under 5lbs), uses about 5 gallons to wash and rinse. The average top loading machine requires 40-45 gallons for a large load. However, high-effeciency washers can do a large load for 10-15 gallons.  I’m not positive that 5 gallons for a small load is worth it if you have a high efficiency machine, but the Wonderwash does beat out the average washing machine for small loads. The other major plus is that a load is done in under five minutes.

However, it doesn’t spin dry or wring out the laundry. We got lucky, and a neighbor gave us an old wringer they had. If we hadn’t been gifted one, we would have saved up and purchased one. It only takes a couple of minutes of cranking the Wonderwash before you wring it or just put it up on the line or rack to dry. If you’re off the grid, this nonelectric washer might be great option.

Another option would be to get the Laundry Pod, which is a hand-powered washing machine with a spin dry feature. Again, according to the reviews, people either love or hate this product. And again, it’s because the product is made with plastic. Some of the reviews noted that for the price, the plastic was just too cheap. However, it does spin the wet laundry, and is less money than the Wonderwash and wringer combination.

I had enough two days worth of diapers. My routine was to wash a day’s worth of diapers in the Wonderwash, hang up the diaper covers to dry either on the laundry rack or the line outside. Next, I would ring out the diaper inserts, and then hang them up. This took about 15-20 minutes of my actual involved time. I’m not counting drying time.

During the winter, I would do this at night, and let them dry on the rack overnight while I was sleeping During the summer, I did this in the morning, hung them on the line, and let the sun’s light “bleach” them clean and white.

What about cleaning a poopy diaper?

This wasn’t the issue I thought it would be. The material was made from a microfiber that stayed dry next to the skin. Solids didn’t penetrate easily, and would roll off into the toilet. For those rare cases, there’s this really nifty sprayer that hooks up to the toilet that lets you rinse the diaper off.

I never had to do any scrubbing or long soaking to get them clean. We didn’t have a smelly diaper pail either.

Was it worth it?

For us, absolutely. It added about 20 minutes to my day to wash wring, and set to dry the clothes from the day before. I didn’t notice any increase in water usage. But, I have noticed the $4,500 we saved.